The core of our stroke home test is our patented testing platform - ELLI - that enables measurement of the levels of disease biomarkers within 15 minutes using only a drop of blood and a single-step procedure. How did we achieve that? We combined the underlying technologies of the two most successful tests in the market: pregnancy-test technology and the glucose-test technology. We merged them together with our patented chemical formulation that enables low-cost production and laboratory-grade accuracy. The technology originates from Prof. Robert S. Marks's laboratory in the Ben-Gurion University of the Negev in Israel. We later proved the concept of the technology in Singapore in the laboratory of Prof. Marks and received several research grants to bring it to a stage, where we were able to prove its utility as a rapid and easy-to-use test for detection of stroke biomarkers, infectious disease, and other medical conditions. 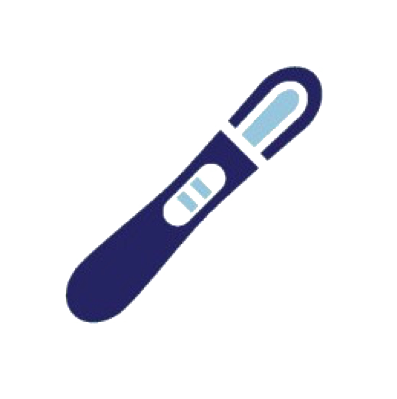 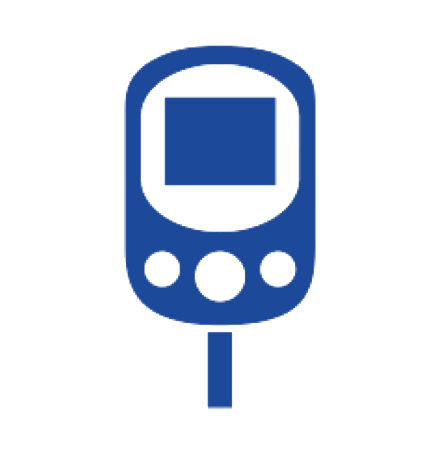 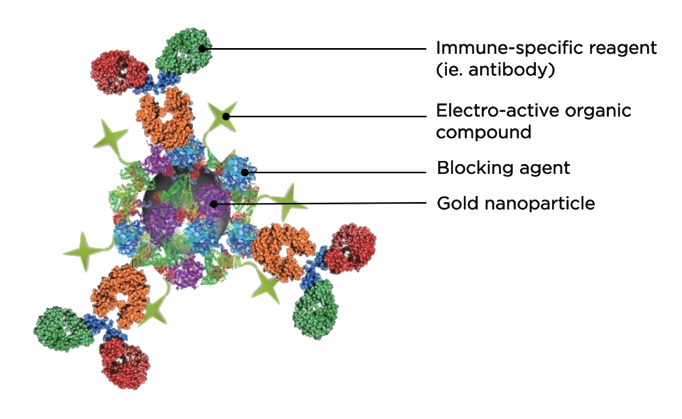 Up to 80 percent of strokes can be prevented. Risk of stroke can be reduced by lowering blood pressure, losing weight, exercising, treating diabetes, treating atrial fibrillation, quitting drinking, and quitting smoking. These are all effective ways to reduce the risk of stroke, but today there is no way to assess and monitor the risk of stroke at home. (American Stroke Association)
‍
We aim to do just that. Our solution is to monitor the risk of stroke using a simple-to-use blood test, similar to the glucose test used by diabetic patients. This was not available up to now because there was no affordable way to measure disease markers at home. Our technology enables that.

How do we do it? We measure a heart failure blood marker that, when elevated, indicates a high risk of stroke. A weakened heart cannot pump blood efficiently, and that can lead to the formation of blood clots that can cause a stroke. With continuous monitoring - at least once a week - we aim to provide an early warning sign and recommend a visit to a physician who will provide the final diagnostics and treatment.

Our stroke screening test is NOT intended to be a substitute for professional medical advice, diagnosis, or treatment. Always talk to your doctor or other healthcare provider about any questions you have about medical conditions. (source: Biosensors)

Our stroke screening test is NOT yet approved by FDA and is not being marketed. We are still in development stage.
‍

Pregnancy test technology - the lateral flow test - has proved invaluable for rapid and low cost testing and diagnostics in various medical and non-medical applications. Despite its success it has one big limitation in that it is mostly suitable for applications that only require YES or NO answer. However in medicine a Yes or No is often not enough and we need a number to determine the diagnosis, triage or otherwise test patients. There have been attempts to make the lateral flow quantitative - able to measure the levels of biomarkers - however this resulted in either the need for expensive and bulky reading machines or poor performance.

On the other hand, the glucometer technology - the glucose test technology - provides a means for low cost measurement of glucose and does not require bulky and expensive equipment or highly trained staff. However, its drawback is that it is only useful for a handful of biomarkers that can be processed enzymatically.

We combined the two with our patented chemical formulation to bring the best of the two worlds together: the ability to measure biomarker levels at low cost and the ability to test almost any biomarker, provided there are available and know antibodies against that target.
‍ 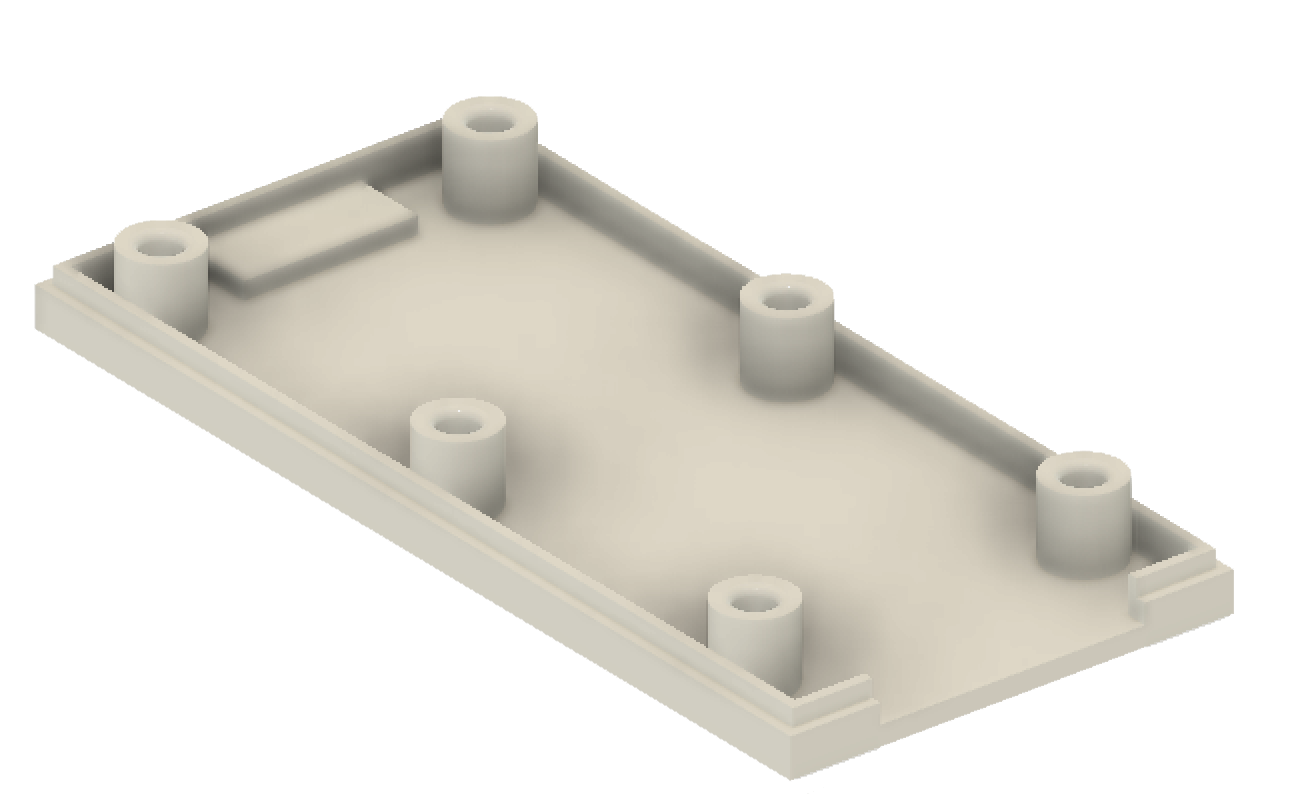 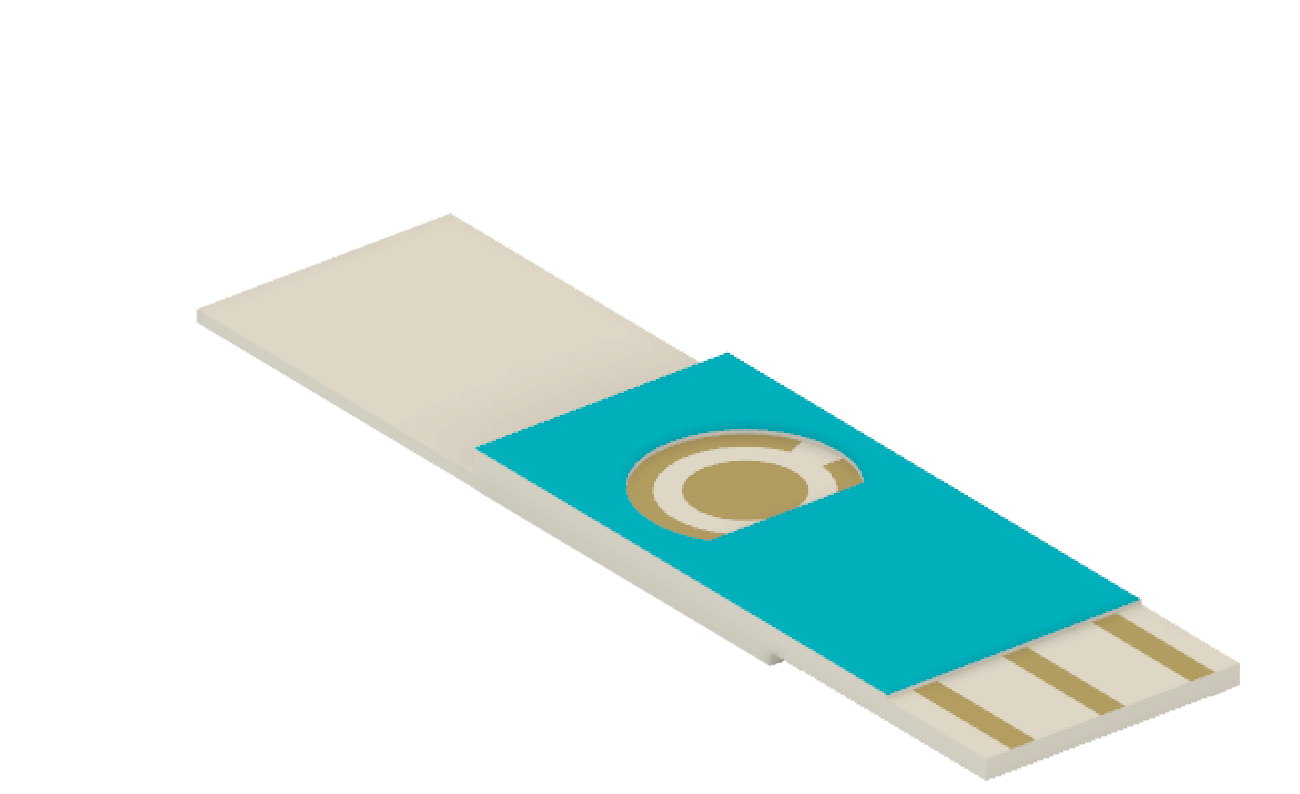 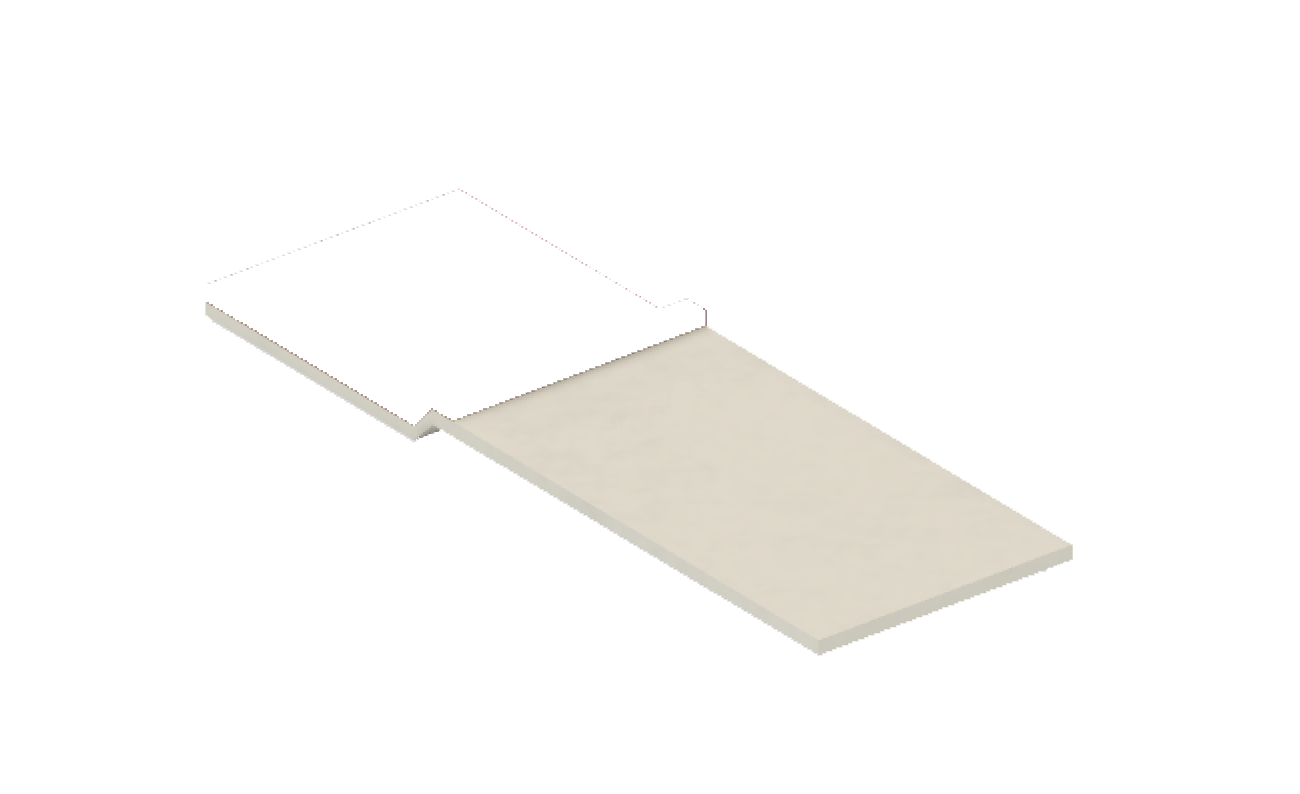 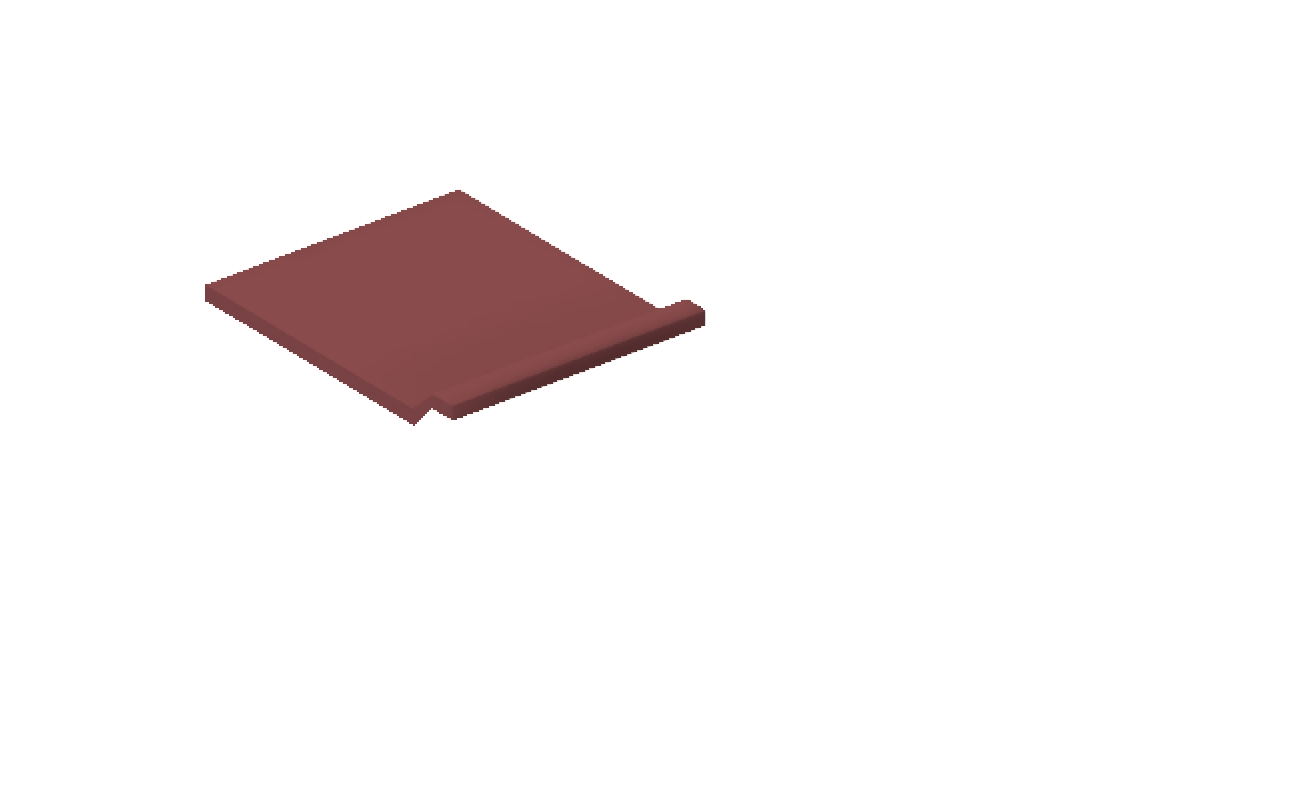 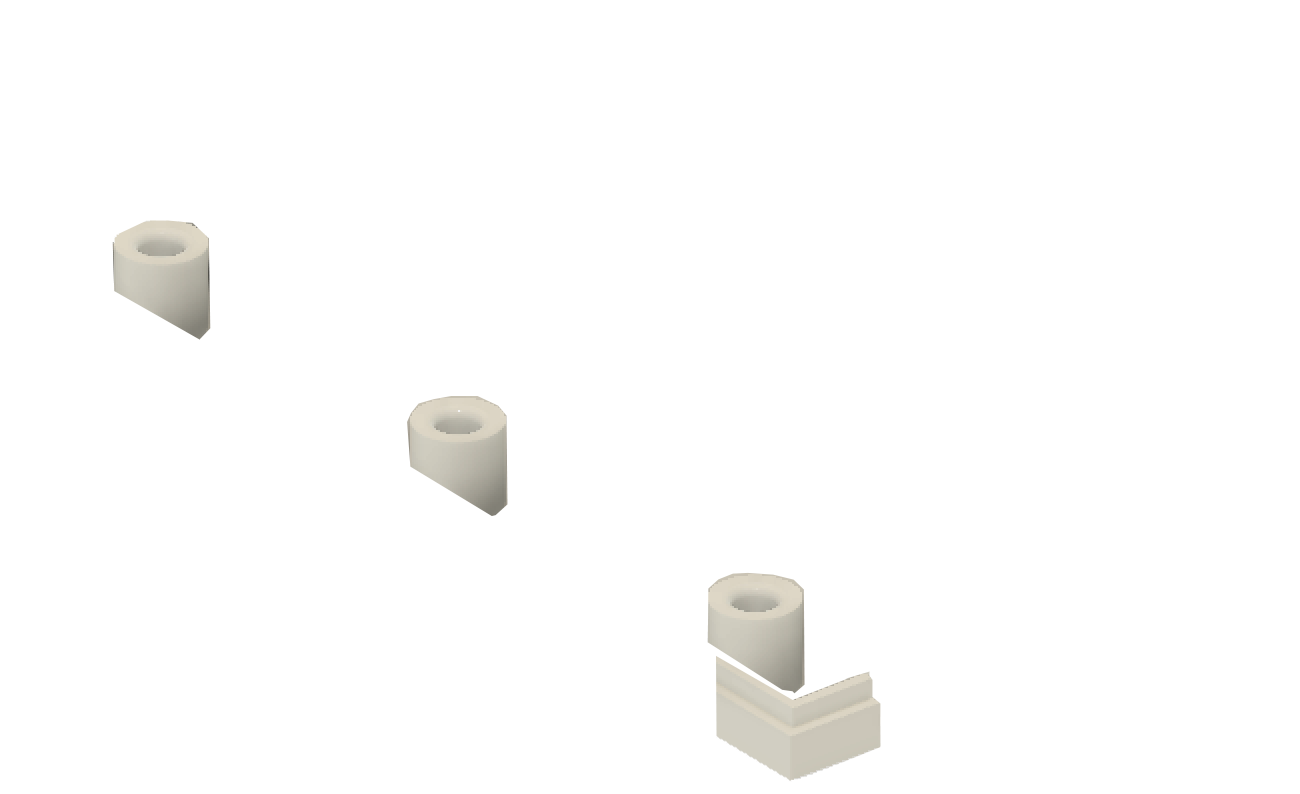 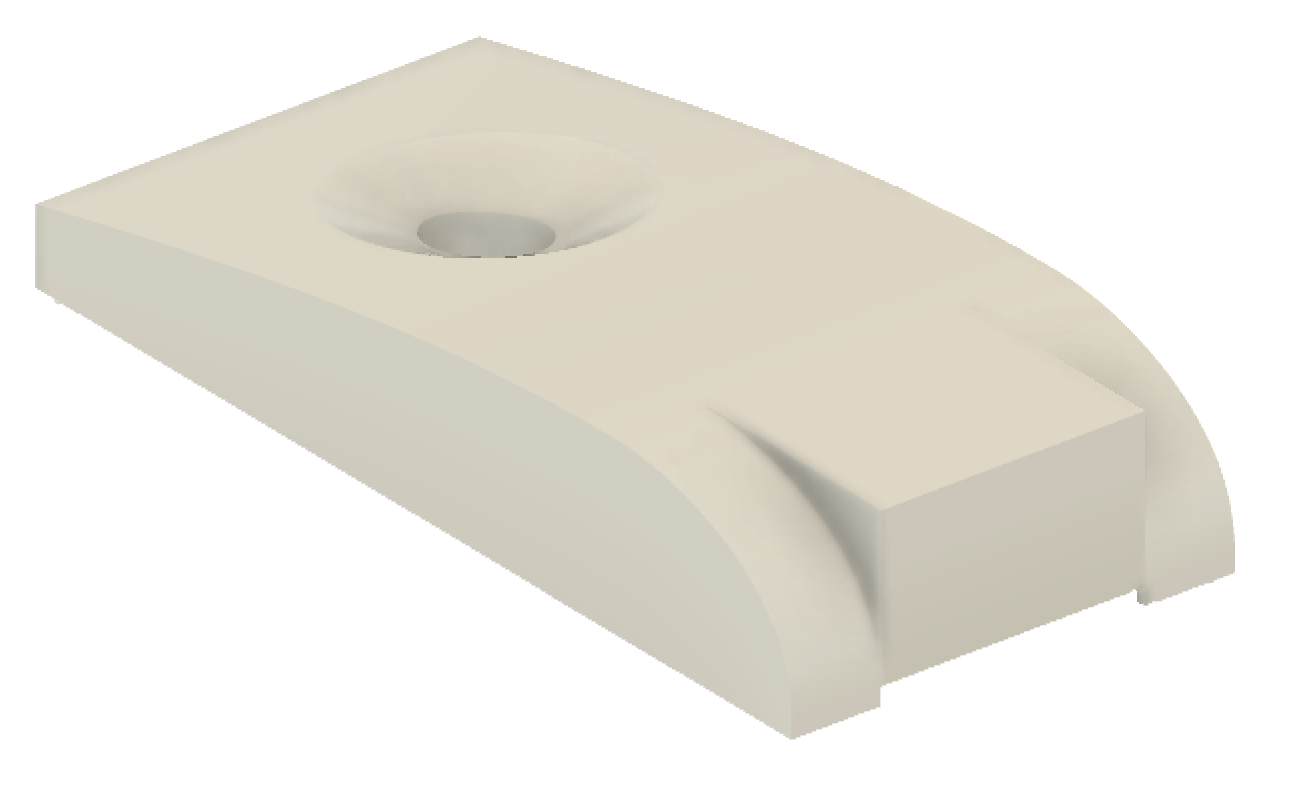 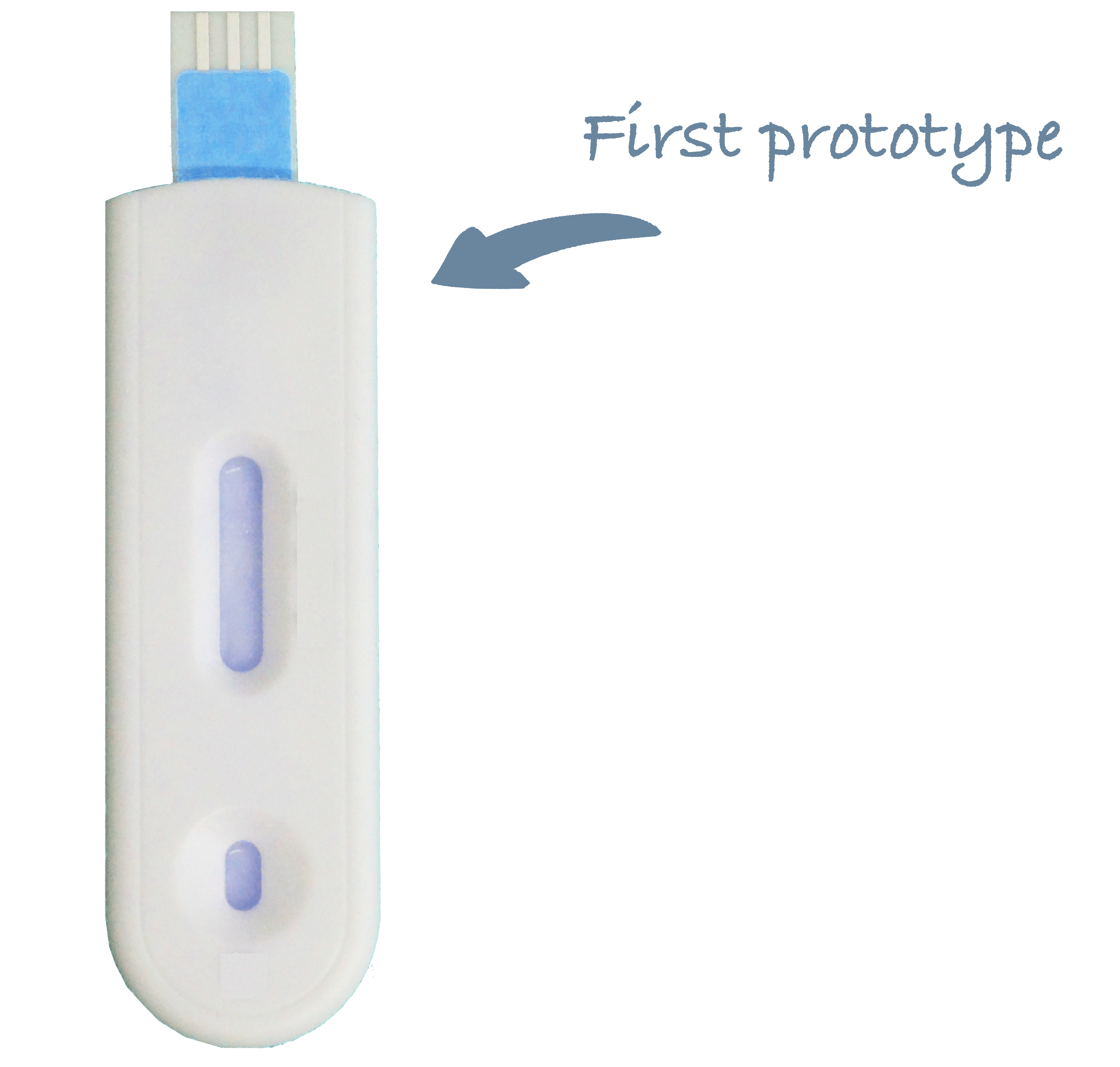 Eclipse Diagnostics was founded in February 2018 by Prof. Robert S. Marks and Dr. Luka Fajs. The technology was first developed in Prof. Robert S. Marks's laboratory in the Ben-Gurion University of the Negev in Israel and further developed in Singapore with funding from the Singapore-MIT Alliance for Research and Technology (SMART), the National Research Foundation and SPRING Singapore. The company that was spun-out (Biosensorix - founded by Robert and Luka) and continued to develop and improve the performance of the technology and to develop several applications ranging from detection of infectious disease, male fertility, heart disease and stroke diagnostics. Today, Eclipse Diagnostics holds an exclusive license to use and develop the technology for the USA market.

Stage of the Technology Today

Working prototypes that are on par with laboratory-based testing

We have developed several versions of our laboratory prototypes and have tested them with several target medical applications ranging from infectious disease, male fertility, heart markers and, of course, our target stroke biomarker. We have shown that the technology is highly sensitive and specific. The sensitivity and specificity of our tests are linked mainly to the source of antibodies we use for the detection - we use off-the-shelf, commercial antibodies that have been validated by others. Our innovation is to bind them in our patented testing platform, that enables rapid and accurate measurement of the biomarker levels. For now, we do not focus on antibody production or biomarker discovery. We use validated and known markers and apply them in our technology.

We do not yet have FDA approval, but we are in early discussions with FDA consultants. 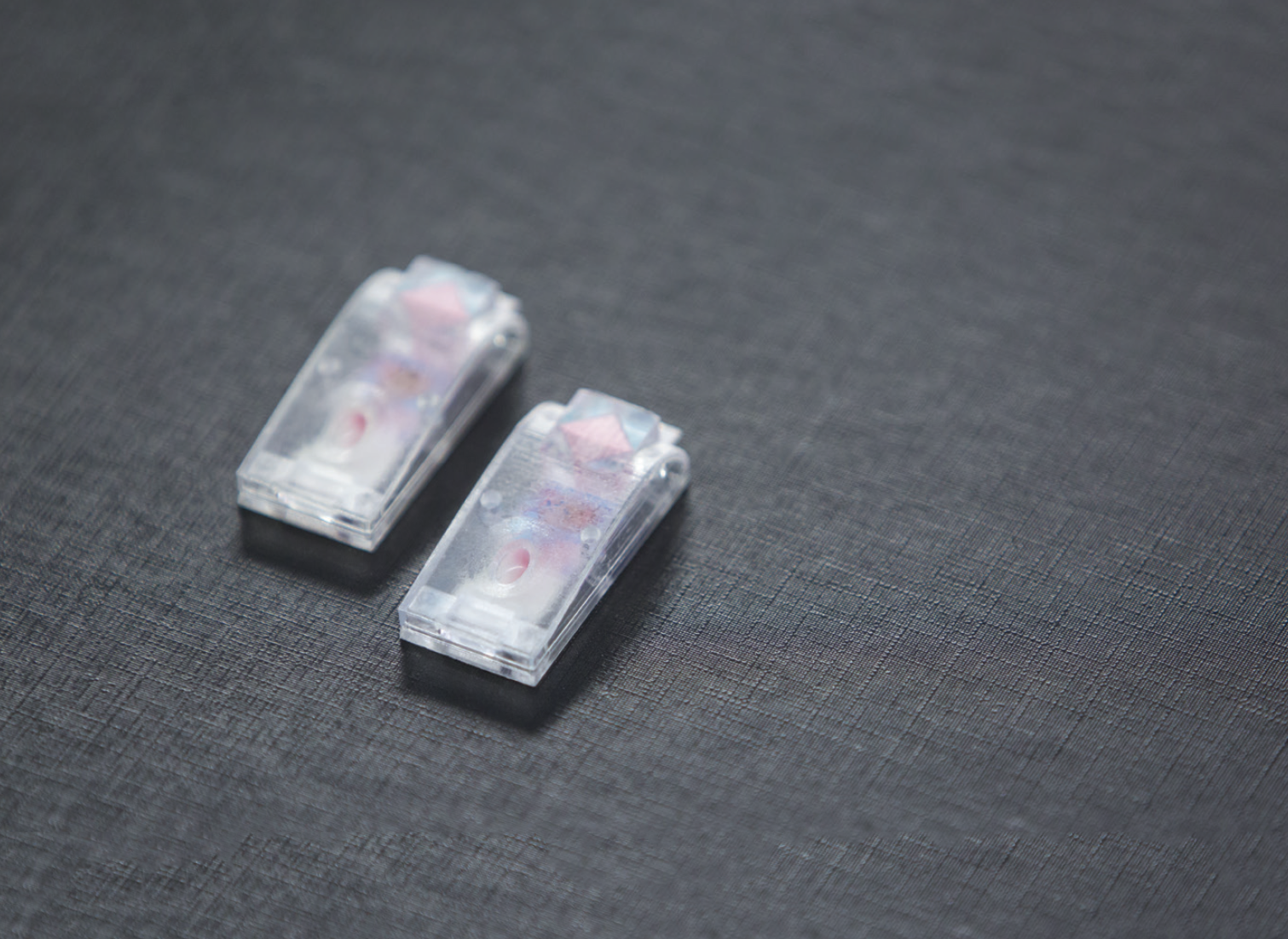 Today, the main gap in the market of point-of-care (POC) devices lies in the detection of disease markers other than simple blood chemistry and electrolytes and glucose. Immunoassays are more complicated. Those molecules are currently identified using laboratory-based ELISA (enzyme-linked immunosorbent assay). Another benefit of current ELISA tests is that they offer both qualitative and quantitative results. Many attempts have been made to “transfer” ELISA to POC, mostly utilizing expensive optics or microfluidics-based technologies. Immunoassays are also more challenging because they require proteins to interact and bind to each other and they require a wash cycle. The washing step is the main reason why most of today’s approaches use some kind of microfluidic mechanism - that in turn increases the cost and reduces the robustness of the tests.

To the best of our knowledge, our technology is the only one that enables truly affordable measurement of biomarker levels at home. Namely, most other competing approaches rely on detection and quantification of biomarkers using optics, spectroscopy, fluorescence, chemiluminescence or visualization of test band using a camera. While the underlying technologies are often very sensitive and reliable, their main barrier is the high cost of the readers that are typically over $1000. Moreover, they are often bulky and not suitable for home use.

We have created our technology with the end user in mind. We wanted to develop something that is both easy to use, affordable and at the same time of laboratory-grade quality and precision.
‍
The existing diagnostic market is shifting towards the idea of re-centering diagnostics on people, rather than using the widespread centralized diagnostic laboratory model. As reported in Nature Biotechnology: “Investors are pumping money into start-ups chasing the holy grail of finger-prick diagnostics, and big players keep on acquiring innovators in the space" (Nature Biotech). Here lies the key to lowering the perceived high-barrier of entry by employing the business strategy of bringing a product to a stage where the ‘big players’ are incentivized to take-over, acquire or license the technology.

The proof-of-principle has been previously demonstrated with a model protein. The immunoassay research comprised of an immunocomplex between antigen NS1 protein and NS1 antibody conjugated onto the immuno-nanobeads. Applying a running buffer, the immunocomplexes flowed to the immuno-conjugated SPGE surface and formed a specific sandwich detection due to biomolecular recognition. The immunocomplex formation was successfully analysed by electrochemical detection. An electrochemical signal due to the specific detection of NS1 was contributed by a redox label functionalised on the bead containing the NS1 antibody. A proportional increase of faradic current with the increase of the analyte NS1 protein concentration was observed. The ELLI prototype was assembled in a cassette and it successfully demonstrates a linear response over a concentration range of 1–50 ng/mL with an R2 of 0.928. The specificity of the NS1 protein detection system was investigated. Non-specific capture antibody (mouse IgG) was immobilized onto the surface of the SPGE instead of NS1 antibody. Control experiments were treated identically to the specific experiments from 0.5 ng/mL to 400 ng/mL and no significant changes were observed in the impedimetric responses. This demonstrated the specificity of the developed detection system.

Our latest laboratory results show that we can obtain results that match the performance of ELISA in under 15 minutes. We have tested our platform with different target molecules (eg. E. coli, cancer markers and dengue NS1), and have shown that our platform is equally efficient/independent of the target antibody/antigen target we use. All in all, the main advantage of the ELLI is that it shows qualitative and quantitative detection of NS1 protein down to a detection limit of 0.5 ng/mL involving an electrochemical signal based on a redox label ferrocene which is stable to both thermal and photobleaching. Moreover, a small volume of sample was also used and no enzymes were needed in the construction of the ELLI. The development and assembly of the ELLI is relatively simple, biocompatible, disposable, and inexpensive involving affordable technologies applying cellulose paper and screen printed electrodes thus providing POCT capabilities.

Proof-of-principle of detecting clinically-relevant (picogram) concentrations of NT-proBNP using ELLI was done with at least twelve independent biofunctionalized SPGEs were used for each concentration of NT-proBNP, ranging from 100 pg/mL up to 5000 pg/mL, in duplicates. A drop of 50 µL NT-proBNP was applied during a 10-min incubation before the SPGE was washed with running dI water thoroughly (~10s). The SPGE was then slightly dried around its periphery and it is important to avoid contact with the electrodes surface. Afterwards, CV and EIS were performed sequentially. With an increase of NT-proBNP concentration, the current of redox reporter decreased while the resistance of the SPGE surface increased due to an increasing amount of NT-proBNP captured on the specific biofunctionalized SPGE.

For more detailed information check out our published peer-reviewed manuscripts:

For more information on stroke prevention and biomarker testing check out these publications: